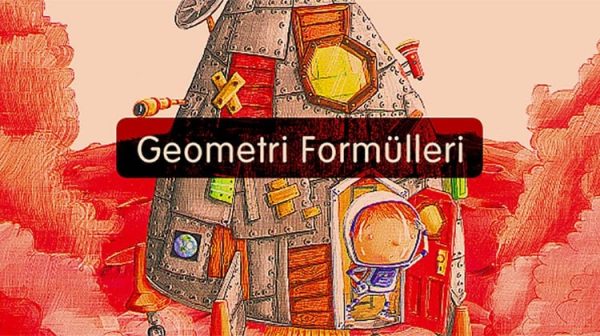 What does a geometry formulas mean? How to facilitate learning all important geometry formulas? How to memorize triangle and quadrilateral formulas, and how not to forget them? What is the importance of keeping the common geometry formulas in mind? If you want to find out, take a look at this article.

Geometry is a branch of mathematics. It is related to distance, shape, size, and figures. By being aware of geometry all formulas, being successful in this field is achievable. This article is written to show you the geometry practical formulas. Because knowing the geometric formulas makes it easier for you to solve geometry problems. To memorize the geometry formulas and not to forget them, you can take a look at this article.

As mentioned before, geometry is a branch that is related to many different aspects of figures. And one of them is angles. Analytical geometry formulas help people to understand more about appearances. Therefore, being aware of their importance, and memorizing them are necessities. Calculating an angle depends on various factors like the calculation of the area. Formulas related to the angles are among the common geometry formulas. By being aware of the angles in geometry, you can increase your success in this field.

Every shape must have an angle. Therefore, triangles also have angles. There are two types of angles of triangles, which are interior and exterior. The interior angles represent the three angles found inside a triangle. On the other hand, the exterior ones describe the angles which are extended to infinity. To find out more about angles triangles geometry formulas, taking a look at the pictures below is a must.

Geometry area formulas take an important spot among all of the formulas. Since this is a branch that is related to figures, becoming conscious of how to calculate each figure’s area is essential for success. You can learn more about geometry area formulas by taking a look at the pictures. It is for sure that no academic success is achievable unless you understand the area in geometry comprehensively.

There are different types of triangles. Therefore, calculating the triangle’s area varies based on their types. Learning how to calculate the area of a triangle is possible by memorizing the geometry formulas triangles. The four kinds of triangles are equilateral, isosceles, right-angled, and scalene. You can learn their formulas through the pictures below.

There are also quadrilateral formulas for the calculation of area. Just like triangles, since there are numerous kinds of quadrilaterals, there is no single formula. The types of quadrilateral are rectangle, square, parallelogram, trapezium or trapezoid, and rhombus. You can find the quadrilateral’s area formulas by examining the pictures. While there are a number of formulas, it is easy to memorize these two-dimensional, four-sided figures’ areas.

Analytical geometry is a subcategory of this branch that is related to the coordinate system. Therefore, it is also called coordinate geometry. There are numerous analytical geometry formulas that would help you to understand this subject. There are various topics of this, such as linear algebra, vector space, ellipse, calculus. These topics show the importance of memorizing general formulas, such as circle analytics formulas.

Analytics of the Circle

Since the analysis of the circle is for establishing a base between geometric curves and algebraic equations, you need to be conscious of the formulas. When the topic is about the circle in analytical geometry, there are two important terms, which are radius and center. To perform the circle analytics formulas, these terms hold important spots.

Radius defines the equality in the distance of all points of a circle from the given point. The given point is the center. So, if the question doesn’t involve a picture, you need to sketch your own circle and decide on the equation of the circle. And finally, you should calculate the length. In this way, radius and center can be seen obviously. Since this topic is essential among the geometry formulas, you should practice as much as you can.

A geometric sequence of a geometric progression is a sequence of numbers other than zero. There are different kinds of progressions. That’s why the geometric series sum formula depends on the type of the sequence. The three major types of sequence are arithmetic, geometric, and Fibonacci sequences. To find out more about the geometric series sum formula, you can take a look at the pictures of formulas and scan the definitions of sequences below. While you are taking a skim of the formulas, you need to know that (1) a is the first term, (2) r is the common ratio, and (3) n is the number of the terms that should be measured.

An arithmetic sequence is a progression that contains successive terms. Throughout the sequence, the same common difference can be seen. Since it is linear, it is easy to calculate a number by simple formulas, such as the geometry mean formula.

Another type of sequence is the geometric sequence. It does not have a common difference. Instead, it has the same common ratio. Thus, it is a non-linear progression. However, it is still easy to calculate the terms of it.

The final type is a Fibonacci sequence. It is an unusual and more rare type than others. That’s why it is not included in the general geometry formulas. Because it does not represent a visible pattern. So, it is hard to perform the geometric series sum formula in this case. Another name for this progression is the recursive formula.

Sum of the Sequences

he Sum of the sequences can be measured based on different formulas. There are different formulas because there are different kinds of sequences. Based on the type, you should measure the result. However, even geometric sequences sum formula for the arithmetic sequence have various types. Therefore, you need to learn the basics. The first step is to determine the kind of sequence. Thereafter, you should identify the numbers, and measure the difference between the numbers. After writing down the first and last numbers of the sequence, you can apply the geometric sequences sum formula successfully.

Rotation of the figures means turning around a center. Center is the keyword here. To solve the questions correctly, you need to keep them in mind. Rotation is among the important transformation geometry formulas. So, you should practice.

Every figure has a reflection. The reflections should have the same size with the real image. This is the thing you need to be aware of the most while sketching the reflection of figures. Since this topic is among the geometry formulas, you should exercise as much as you need. While sketching, you should draw a central line which is also called a mirror line. Based on the position of the line, the reflection is called horizontal, vertical, or diagonal reflection.

While moving or rotating the figures, you need to put some points on them. This rule also applies to the translation of figures. Because the shapes’ points must move in the direction and move in the same distance. In this way, geometry practical formulas can be applied successfully.

The Angle Side Relations

Another topic of the geometry formulas is the angle side relations. Since there is a connection between these phenomenons, it is essential to learn them to have a high score. These relations depend on the figure and the number of sides. Before taking a look at the rules, you can go above to learn more about geometry formulas angles.

Just like the relations between sides and angles in triangles, the association is also valid for quadrilaterals. Since there are different kinds of quadrilaterals, such as rectangle, square, parallelogram, rhombus, and trapezium, the formulas vary. Therefore, when you think of quadrilateral formulas, you need to think of the shape first.

As you realize throughout the article, there are numerous formulas you should be familiarized with. By being aware of the geometry all formulas, you can increase your success in this lesson. Geometry is a branch of mathematics that is about figures, and their sizes, distances, and shapes. It is essential for you to understand the basics of the subjects before memorizing geometry formulas sheet. In this way, the formulas become more permanent. And you wouldn’t struggle during memorization or keeping in mind.

Some of the main topics of geometry are area, angles, analytics, sequence, transformation, and the relationship between side and angle. Among these topics, geometry triangle formulas, and angle side relations formulas have important spots. By studying the formulas one by one, memorizing them solidly, and exercising on a regular basis, it is possible for every student to have a high score in the university extrance exam. Geometry is an easy field as long as you practice.

You can review the images and download the list of all geometry Formulas PDF format from the end of the page to your computer.

Angles in a concave quadrilateral formula

In a concave quadrilateral as in the figure, (the measure of the angle formed when the triangle’s edge is bent in) it is formulated with x = a + b + c.

Angle of a triangle formula

The angle formed by two inner bisectors in a triangle is 90 ° more than half the size of the inner angle in the third corner.

The sum of the lenghts of any two sides of a triangle is greater than the lenght of the third side.

Perimeter formula of a triangle

Median of a right triangle formula

In an isosceles triangle, the sum of the posts lowered to equal sides from a point taken on the base is equal to a height belonging to the equal sides.

In an isosceles triangle, the sum of the lengths of the parallel line segments drawn from a point on the base to equal sides is equal to the length of one of the equilateral sides.

An angle of a triangle divides the interior angle’s opposite side into two segments that are proportional to the other two sides of the triangle.

External bisector of an angle of a triangle divides opposite side in ratio of sides containing angle.

The median of a triangle divides it into two triangles of equal areas.

Angle bisectors of a triangle

Median of a triangle formula

In any median of a triangle, the distance between the center of gravity (or centroid) G and the center of its corresponding side is one third (1/3) of the length of that median, the centroid is two thirds (2/3) of the distance from each vertex to the midpoint of the opposite side.

Area of a triangle with the inradius

Area of a quadrilateral the product of the two diagonals times the sine of their included angle.

if the diagonals of a quadrilateral are perpendicular, the sum of squares of opposite sides is equal to each other. (a² + c² = b² + d²). It also doesn’t have to be a rhombus. 🙂

In a right trapezoid, if the diagonals are perpendicular to each other, the height is the geometrical middle of the lower and upper base. (Height squared equals the product of the bases.)

Area of a triangle in a trapezoid (a rule)

Formula of the area of parallelogram inscribed in a quadrilateral

If the midpoints of the sides of a quadrilateral are connected, a parallelogram is formed.

Area of a parallelogram (a rule)

Course Geometry offers Geometry textbook in pdf format that can be downloaded free of charge. Students can view the geometry formulas pdf, which is important for university entrance exam, which aims to improve students’ problem solving skills.